What Next for the UK and EU after Brexit? 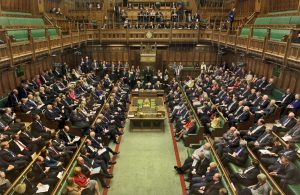 The implications to British business over the Brexit outcome is that in the short term the uncertainty following the ‘divorce’ negotiations are likely to prompt companies to postpone or cancel investment and additional recruitment. Multi-National companies located in the UK in order to access the single market could start to make plans to relocate depending upon the UK exit terms.

The longer term impact of Brexit will be governed by how much access to the tariff free single market the UK manages to retain, what savings are made on subscription costs and how future migration flows are managed as restrictions on EU immigration could cause the UK job market to be less flexible to demand.

If our ‘divorce’ is prolonged and disorderly the prospects for a sharper slowdown in UK growth is greater as well as further declines in GB£ relative to other currencies. It would be expected that capital expenditure is delayed and overseas investment diverted to continental Europe to access the single market from within.

If the ’divorce’ is friendly and efficient, which is in everyone’s benefit and leads to a  move to the Norwegian model in the European Economic Area (EEA) or a similar bespoke version will provide little loss in trade agreement and access to the single market. This would catalyse a significant rally particularly in banking and financial services.

British banking stock were the worst hit post Brexit. The fear that the City of London could lose its ‘passport’ access to deliver financial services into the single market hit stock badly. Pulling financial institutions from London to Paris or Frankfurt and with them the vast jobs and tax revenue they provide. This would be a massive blow for British trade and a major prize for continental leaders.

Senior European Banking officials have already warned that the City of London will lose its access to the single market if it does not sign up to a deal that includes free movement of people, along the lines of the Norwegian settlement . The London Stock Exchange thinks Brexit could cost 100,000 highly paid jobs and risk the location of some clearing houses.

Government official are deeply concerned about the implications of triggering Article 50 until a clear path for Brexit has been mapped out with their EU counterparts. The concerns lie in the reaction of multi-national companies seeking to migrate out of Britain to the European main land to retain full access to the single market. Triggering Article 50 without a clear road map could see markets fall even further as Banks and financial institutions start to plan to relocate.

The EEA model would allow Britain to keep access to the single market for goods, services and capital. However this agreement also includes the unrestricted free movement of EU citizens. This will be the key negotiation position.

The EEA position could be one from which Britain could progressively repatriate controls over such things as migration, agriculture and fisheries.  The EEA option or a variance close to it is the safe exit option and offers an olive branch to a disappointed and irritated protection minded EU. This would mean still paying in to the EU and accepting its rules and could last until all the bilateral trade deals with the rest of the world are in place. This process could take many years so a position of stability would be beneficial to all concerned.

There is fear across the European political institutions that Brexit was a game changer and will give confidence to the many populist movements in other EU counties calling for their own referendums. Politicians in France, Holland and Italy have already called for membership referendum. European leaders now need to channel these concerns and frustration into reform and accountability not self-preservation. Over the months ahead we can expect a campaign for further European integration as a way of protecting the EU and single currency against further ‘insubordination’ by member states.

The two biggest factors that has driven EU migration to the UK is the growth in the UK economy and the resulting job opportunities but also the high levels of unemployment in the southern European counties. These levels of unemployment are not aided by the single currency that is valued to the advantage of Germany. The € for the southern European counties is overvalued by 20%-25%. It is this general lack of growth, high unemployment and bureaucratic remoteness of Brussels that creates frustrations, something that Donald Tusk recognises but stubbornly Jean-Claude Junker does not.

For Britain, it is going to be very difficult to leave the EU but as a country that retains its own currency. Brexit will be easier for the UK than for example Italy or Spain. Political risk on the continent carries far greater uncertainty.  For Britain we must be clear on what we want rather than what we don’t want.