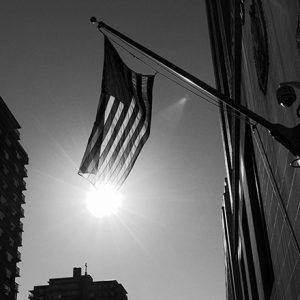 The prospect of the Federal Reserve hiking interest rates coupled with slower growth in China unsettled the US equity markets in Q3. The S&P 500 fell from 2075 in early June to 1876 by the end of August. But, with the improvement in global economic outlook the index returned to 2079 in early December, fully recovering the summer losses.

All eyes were on the Fed in September as we waited on the first rate rise in a decade. In the end, interest rates were left on hold as concerns over the global market overshadowed evidence of a resilient US economy. Lower commodity prices and the strong US$ have given Janet Yellen more time to keep interest rates low.

Along with the announcement of record numbers of job vacancies, 200,000 new jobs were created in September and another 271,000 in October. Unemployment is historically low at 5% and expected to fall further. With good news on job creation it was a surprise that US wage growth fell slightly to 2.1% from 2.3% year-on-year.

US Federal Reserve officials are confident that the economic conditions needed to trigger an interest rates rise have been met. Fed officials saw the jobs market improving and inflation starting to move towards their 2% annual target. The US looks to have weathered turbulence in global markets without signs of stress.

Some economists are expressing concern that the US recovery is now quite old and that declining growth is now inevitable. This may be the case but economic recoveries do not die of old age. This is often caused by central bankers raising interest rates too sharply to counter their concern over future inflation.

Earnings growth has been a strong driver of the bull market in US stocks that started in 2009. Recently, however, the momentum for earnings growth has started to slow. One factor affecting US companies is now the strength of the US$. The US$ hit a currency twelve year high in March and it has remained strong since. Companies within the S&P 500 index currently generate half of their profits abroad. Therefore, the strength of the US$ has squeezed US exports and company earnings. The other issue impacting earnings growth is falling oil prices. The energy sector accounts for 8% of the S&P 500 and within this sector, profits are expected to fall by as much as 65% this year.

The bull run has been assisted by much corporate cost cutting and share buy backs. Generally, it is now felt that American corporations have done all they can to cut costs and boost profit. The US economy is at a stage of the business cycle where companies can no longer maintain earnings growth through these activities. What they really need is sales growth.

Two of the strongest aspects of the US economy are consumer spending and corporate balance sheets. Both will continue to support economic activity in 2016. Companies are still holding onto record levels of cash and are deploying it in areas such as increased dividends, share buy backs, research and development as well as mergers and acquisitions. The increase in M&A activity is expected to last well into 2016. M&A activity is a classic late cycle activity producing growth through acquisition rather than sales growth.

Fundamentally, dwindling profits and earnings growth do not justify the high price to earnings ratios that are common in large US companies. American large cap stock remains expensive and therefore we are inclined to migrate some capital to cheaper markets further away from 2016 monetary tightening.