Janet all eyes are again on you 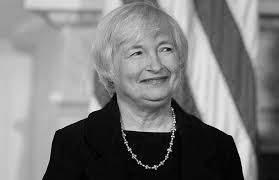 Over the first three weeks of January, we have witnessed a stock market where fear has fed fear. Markets suffered another panic attack at the beginning of last week, with further falls in oil prices being the trigger. Oil slid to a 12 year low of $28pb after the International Energy Agency said that the world “could drown in oversupply” now that Iranian crude returns to the market.  The ensuing rush to sell on world markets created a dynamic of its own which is hard to gauge and even harder to rationalise.

Many economists have commented upon the herd like mentality effecting investors which pushes down asset prices and which itself becomes counterproductive and self-fulfilling.

The outlook is unusually uncertain but if we do step back there is no real change in the already known growth patterns of the USA and China and that low oil prices are usually good for consumers, manufacturing and transport.

Many UK companies across differing sectors are voicing concern over whether they will hit their earnings forecasts and as a consequence issuing warnings of a downgrade in profits. Business, particularly the energy sector, is being affected by a cocktail of uncertainty over the falling oil prices, slowing Chinese growth and any further rises in US interest rates.

Despite the recent announcement of Chinese GDP growth “officially” falling to 6.9% in 2015 from 7.3% in 2014, China still consumed 10.32 million barrels of oil last year. Chinese oil use rose by 2.5% and even  with growth likely to fall, Chinese demand for crude oil is set to grow by 1.5% this coming year. Therefore it is not a lack of Chinese demand that is hitting the oil price.

The annual World Economic Forum in Davos gives economists, business leaders and world institutions a chance to discuss the economic expectations for the year ahead. Interestingly even after the stock market volatility in recent weeks, most delegates still expect a continuation of gradual economic expansion and see a low likelihood of a market crash.

One attendee that did not share this view was George Soros. The billionaire currency trader warned of financial turmoil, a hard landing for debt laden China and the spread of deflation.

Markets gained some much needed relief at the end of last week with the belief that central banks will now provide some fresh support. On Tuesday after the Chinese GDP growth figures for 2015 were announced, the Chinese authorities confirmed their awareness of the formidable challenges ahead of them in order to rebalance their economy and their determination to fully address these issues. With large parts of the Chinese economy still state owned as well as the entire banking system, the country has the means to control a gradual slowdown. Much does depend upon how well China manages its slowdown.

The IMF has recently reassessed its growth forecasts and confirmed that its estimate for Chinese GDP growth in 2016 will remain at 6.3%. China was one of the few countries not to be given a growth downgrade for 2016.

On Thursday at the European Central Bank (ECB) monthly press conference, President Mario Draghi hinted that the ECB would expand their monetary easing program from March onwards if market action lead to deterioration in the economic outlook.

The ECB inflation target is 2% pa and is currently running at 0.2%, way below this target. Back in December Mr Draghi said he expected Eurozone inflation to reach 1% in 2016. He made this prediction assuming oil would be priced at an average of US$50pb and it now stands below US$30pb.

Mr Draghi comments last week were interpreted as meaning that the ECB will take further action over Quantitative Easing to stimulate inflation and counter the fall in oil price. His comments calmed the stock market with shares rising across the world. On Friday major stocks markets gained between 2% and 6%.

The reaction to the announcements by the Peoples Bank of China (PBC) and the ECB indicates that the markets are concerned that central banks may be misjudging the continued fragility of economic expansion and have tightened monetary conditions prematurely.

World stock markets have been particularly turbulent since the US Federal Reserve increased US interest rates in December and perhaps that is no coincidence after initially responding positively to the rise. European Investment Bank UBS has suggested that the Federal Reserve must also come out and reassure the markets. UBS feels that the Fed needs to cool expectations of how quickly it will move in delivering successive rate rises. This would send a positive message to the market as further rate rises would be damaging. All eyes are therefore on Janet Yellen to see what the Federal Reserve’s response will be.

We see there being three key headwinds in 2016, namely the deflationary impact of falling commodity prices, the credit stress in emerging markets following the US interest rate rise and the slowdown in China and the currency control of the Renminbi. Co-ordinated reassurances by the major central banks that they will manage monetary policy with close regard to these challenges is essential.

By the end of last week there was a noticeable change in investor mood. Many technical indicators moved from sell to buy with investors sensing a barging in the “January Sales” with markets so depressed. We therefore hope we have seen an end of this correction. The change in pulse has made us more confident of a market recovery. If the selloff in early January was psychologically driven rather than reflect the fundamentals of the global economy, prices should rebound as they did last October after Augusts sell off.

We do however remain cautious, particularly over the implications of a slowing China and the levels of capital leaving the country. This is placing strong downward pressure on the Renminbi. Any resultant devaluation will transfer deflation to the West via lower import prices. America and Europe are therefore under threat of deflationary pressures hitting growth.