Last week had an eerie feel of last August about it 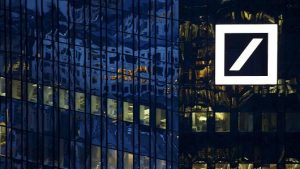 Markets panicked again last week with UK and European stocks falling to their lowest levels since 2012 and 2013 respectively. Japans Nikkei 225 index fell 5% on Monday its worst daily showing in three years as the ¥ jumped to a17 month high against the US$. Gold a safe havens in times of market turbulence reached an eight month high of US$1,239 per ounce.

Federal Reserve Chairman Janet Yellen informed Congress that the recent rout in global stock markets has forced the Fed to delay any further rises in US interest rates, which up until the start of the year were expected as part of a gradual plan to bring US interest rates back to “normal”.

Even Dr Yellen’s comments did little to support markets as traders around the world sold off stock. Last week had an eerie feel of last August about it when fears over China’s currency and stock market spilled into the rest of the world’s markets. We see traders sell down prices not because of a significant change in the fundamentals but a fear of the unknown.

Analysts are putting the falls down to falling oil prices, slowing growth in China, spikes in the value of the ¥ and weak US economic data.  Realistically none of these issues alone should account for the level of losses. The concerns over the stability of European banks may well have been the actual trigger. This was centred on the prospect of negative interest rates and the bearish sentiment of the general state of Europe’s banking system.

The pressure centred on Germany’s largest bank – Deutsche Bank. The banks credit default swaps, which value the cost of insuring the bank against bankruptcy, hit levels not seen since the 2012 Euro crisis. With global growth stalling, it is inevitable that banks will be under scrutiny with markets increasingly worried about central banks’ ongoing ability to continue to stimulate growth.

The negative interest rates imposed by several central banks including Japan and Sweden are making it more difficult for retail banks to build capital reserves and make profit from lending. Banks earn much of their profits from lending at higher rates than they borrow at but at zero interest rates there is less scope for this.

With central banks charging retail banks for “parking” their cash, banks are loath to pass this cost onto customers. Instead they are charging more for lending which is then tightening credit.

Deutsche Bank saw it shares fall by 15% early last week but then bounced back by 12% on Wednesday after Wolfgang Schaeuble, Germany’s Finance Minister said he “had no concerns about Deutsche” and that Deutsche Bank paid back €3bn of euro bonds and $ 2bn of dollar bonds to relieve market worries.

While Deutsche Bank may be making substantial losses it is nowhere close to triggering a write down of its contingent convertible bonds and that in this case investors got a severe case of the jitters.

European Banks are stress tested by the European Central Bank (ECB) but not as rigorously as the Bank of England (BoE) has done in the UK mainly as there are so many more banking institutions to regulate. However, unlike their American counterparts, European banks still hold some bad debt festering on their balance sheets. In the past the ECB has supported the European banks with repeated injections of liquidity to keep even the poorer banks afloat. Now the reality of negative interest rates is making them face a commercial reality and force them to restructure their businesses.

Comments from Germany’s bankers generally do not believe that the wider economy is in trouble yet, but do fear that panic can spread in a self-fulfilling way. They feel that a panic can hurt the short term outlook even if the fundamentals do not really justify such damage.

A useful counterpoint to the concerns of a down turn was the release of January’s forward looking Purchase Managers Index (PMI) figures for many countries and sectors. The PMI is a snapshot of business expectations with readings over 50 indicating a positive outlook. Results for the developed world averaged 52.1 while the emerging world averaged 49.3 with Brazil and Russia in particular bringing down the numbers.

Developed markets seem to be continuing on their path of healing, led by solid performances in the service sector while those emerging markets mainly exposed to commodity exports have experienced a real slowdown.

These PMI results are at similar levels to Q4 of 2015 before the recent market falls and indicates that in the “real economy” not that much has changed and certainly nothing that would justify the selloff we witnessed last week.

Another important change is that the markets over the past three weeks appear to have taken seriously the major central banks resolve to keep economic expansion on track. Last week this manifested itself in a fall in the US$ while the Chinese Renminbi gained, leading to an upward movement in commodity and oil prices.

By the end of the week the majority of markets had enjoyed a relief rally and put back on 2.5% to 3%. A sense of calm may have descended upon global markets following a punishing week that saw a mass exodus from equities.