The challenges of global demographics 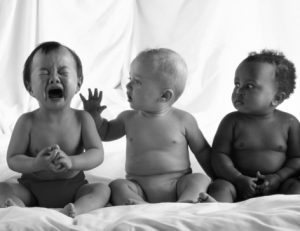 The great recession of 2008 has led to record peacetime government budget deficits across the developed world. These massive debt piles have highlighted to governments the cost of generous pension and welfare benefit arrangements enacted decades earlier. The impact of the great recession was to erase £ trillions in private wealth around the world leaving many with insufficient assets to fully realise the comfortable retirement that they had once expected.

Against a backdrop of people living longer and the current retired generation benefiting more than any before, there is a sense that the relative standards of living will fall for the next and subsequent generations. There are some key factors that will influence whether these senses become a reality.

The first of these factors is the unprecedented rise in the number of people across the developed world that will enter retirement and the impact that this will have on government spending on health and pensions.

The second factor is who will produce the goods and services in sufficient quantity that these retirees will consume and who will purchase the assets that they may wish to sell to finance their retirement.

It has been shown that if the developed world wishes to maintain their current retirement ages then they will not be able to rely on their own working population alone to produce the goods they require.

An offsetting force is the strong growth in the more advanced emerging economies of India,China and other Asian countries. They will soon provide the bulk of the world output. The challenge over economic growth and demographics is whether the emerging economies will be productive enough to produce the goods and services to generate sufficient savings to purchase assets from the developed world’s new retirees.

Between 1946 and 1964 birth rates significantly rose above the average of the previous two decades. The so called “baby boomers” were then followed by a baby bust. In Europe for example average birth rates fell from 2.5 in 1960 to 1.8 in 2010. In the Mediterranean countries it fell below 1.5. In Asia the birth rate per family is even lower. In Japan and South Korea it is 1.3 and in China it is of course just 1. China has recently ended its one child policy.

Research at Cambridge University has illustrated that since 1840 life expectancy in the developed world has increase at a constant rate of 2.5 years per decade. The improvement in mortality rates among the baby boomers combined with the reduction in birth rates has dramatically changed the age distribution of the worlds advanced economies. By 2040 the age profile of Japan, Greece, Spain and Portugal will be inverted. The heaviest population bracket will be people in their 70’s and 80’s with the number over 80 outnumbering children aged under 15.

Through the western world there has been a trend of reducing retirement ages. The combined forces of rising life expectancy and falling retirement age will result in a dramatic rise in the number of years the average worker is retired. An increase in retired life is particularly significant as millions of people across the developed world expect to enjoy general good health supported by income benefits provided by the state, corporations or privately.

This golden age of increased life expectancy and early retirement cannot continue. As we know in the UK basic state pension ages have already been raised to age 65 for both sexes and then moving both to 66 and then 68.

This age wave of baby boomers in retirement may have a negative impact on asset values in the future. An increase of retirees could generate an increase in sellers over buyers, a situation that could only depress asset prices. The impact being that future retirees will have to work longer and save more.

Currently about 80% of the world’s population live in developing countries. These economies currently produce about 50% of the world’s output but this is changing. Since the 1980’s the per capital production of the Chinese economy, as measures as a % against US per capita production has risen from a starting point of 2.1%. China has four times the population of US and will become the world’s largest economy when the per capital income reaches 25%. This is forecast to happen in 2016. The economy of China is expected to be twice the size of that of the USA by 2025 if both countries per capita income continues as they are.

The growth in China’s GDP is projected to produce 32% of world output by 2032 but then falling back to 14% by the end of the century. This decline is put down to the one child policy and the long term implications.

A decade after China started to grow, so started India’s economic liberalisation. It is expected that India’s GDP growth will surpass China’s this year. India’s GDP is predicted to exceed the US in the mid 2030’s and eventually exceed China. India journey is quite remarkable. It accounted for 3% of world GDP back in 1980 but now produces 6% of global output. It is forecast to grow to 11% by 2032. By 2060 India’s economy is expected to be larger than China because of population growth and age demographics. India is predicted to produce about 25% of world GDP by 2040 and maintain that output through the rest of this century.

Research by the Organisation for Economic Co-operation and Development (OECD) has estimated that the “middle class” as defined as people earning between US$3,650 and US$ 36,500 per annum in emerging economies will increase by more than 3 billion or 170% between 2015 and 2030. While their spending power will increase by 150% rising to over US$34 tn. This is twice the size of the US economy and 80% of that growth is expected in Asia. In contrast the OECD expects that total spending in Western Europe and USA will barely increase over the same timescale.

The growth of the emerging economies has profound and beneficial implications for the developed world. Over the decades ahead, many of the goods required by the retirees of the developed world will be produced by workers in emerging markets. The income earned from selling these goods will support workers savings. Asian’s are natural high savers with high national savings ratios. The growth of savings by investors in both developed and emerging economies may result in baby boomers asset value holding up in retirement.