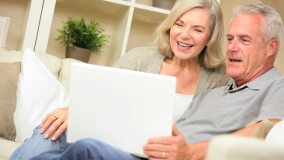 In October the Institute for Fiscal Studies and the Office of National Statistics published information that was both significant but not surprising.

Firstly, UK pensioners now enjoy larger weekly income than people of working age. The generosity of final salary pensions, better state pensions and the prudence of the baby boomer generation for saving and paying off debt have made the retired better off than ever before.

On average, UK pensioners earn £394 pw compared to £385 pw of the working age population. Only 25 years ago, pensioners were 30% behind the average income of workers. Such is the recent advance that 4 out of 10 pensioners earn more in retirement than they did on average through their working life.

While these “baby boomers” benefits are encouraging The Institute for Fiscal Studies (IFS) has warned that future pensioner wealth could fall within a decade due to financial pressures on the younger generation. These issues include the decline of final salary pensions, the savings gap and the ability to get on the housing ladder. With people now living longer, the overall generosity of the state pension is likely to be paired back as it becomes more expensive to provide. It is predicted that people in their 20’s, 30’s and 40’s may well end up with lower relative income in retirement than their parents.

The longevity figures have been influenced by women working full time and bringing up children. Men have seen the decline in heavy industry, improved lifestyles and falling smoker rates, all have enhanced life expectancy.