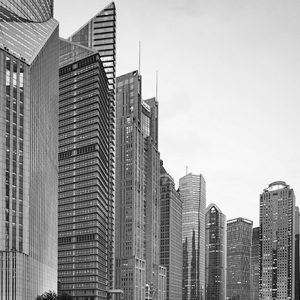 This widespread opinion comes as government policies have turned to expansion in the US, China and Europe at the same time. In China, recent equity purchases by the Peoples Bank of China (PBC) and interest rate cuts are now filtering through the economy. The budget crunch effecting China is now over as the local government bond market has started to work more efficiently.

China’s leaders are keeping their country on an economic stimulus. Whether or not this proves to be the correct course of action will be seen in the future, but for now a mini cycle of growth is welcome. China can expect “true” growth of around 5% this coming year and therefore is not an economy facing collapse.

In Europe, it is hoped that deflation has been held off. The combination of cheap money, cheap oil and a devalued euro are having a positive impact. This position is supported by the ECB continuing its QE programme beyond September 2016. The fiscal squeeze that undermined the Eurozone recovery four years ago is now a memory as Ireland, Spain and Italy are all growing out of austerity measures.

Studies in the US have indicated that the austerity policies of the US government from federal through to state and county have reduced national GDP growth by about 1% each year over the past five. US government at all levels is now adding net spending to the US economy having significantly raised their investment programmes.

In contrast to much of 2015, the growth outlook for 2016 looks good. Inflation will continue to be low and policy stimulus will be strong due to the combined efforts of Japan, China and Europe’s central banks plus the delay to December of a US interest rate rise. The predictions for world GDP growth for 2015 are 3%, rising to 3.4% in 2016
and 3.7% in 2017.

The risks in the world have not however gone away. We still do not know how the emerging markets will cope with a US$ rate rise hitting their borrowing costs. There are concerns about a general emerging market decline. We also do not really know if the entire world’s debt mountain is stable. Central banks may come to realise that they have over stimulated and reflated markets long after it was needed. This is an issue that both Janet Yellen and Mark Carney are currently wrestling with. The US Federal Reserve has started to return to normalised interest rates with a rate rise of 0.25% in December. The Bank of England (BoE) could then follow in November 2016.