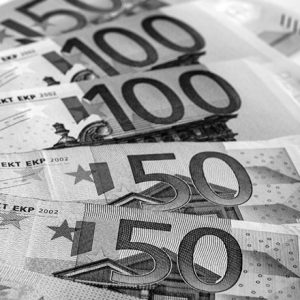 Whilst the gilt market benefited from the Fed’s decision, corporate bonds and high yield bonds came under pressure as the sense of delay merely prolonged the uncertainty. On-going concerns about China and the fall in commodity prices has weighed on corporate bond returns.

European Central Bank (ECB) president, Mario Draghi, has made comments that have highlighted a policy divergence between the ECB and other central bankers. Mr Draghi stressed the ECB’s willingness to increase the size, composition and duration of its bond purchasing programme to boost Eurozone growth.

The ECB has bought €538bn of bonds since Eurozone QE was implemented in March. The programme has maintained its monthly goal of buying €60bn-worth of public and private sector debt, amounting so far to about 5% of the Eurozone GDP. The Bank of England (BoE) has in comparison, purchased £375bn of fixed interest securities, which represents 19% of UK GDP. By this measure, the ECB could increase its asset purchasing programme. Any move to extend Eurozone QE will likely support asset prices particularly European equities and bonds as well as result in a weaker Euro.

Investors, sensing a summer slowdown, started to seek higher interest rates from bond issuers amid a raised risk of default. The credit spread is the measure of the additional yield provided to bond investors above that offered by safer, government gilts and is seen as a risk indicator. There has been a substantial rise in investment grade and high yield grade credit spreads over the past year. Analysts put this down to additional credit risk. With high yield bonds now offering 8% prices have fallen to compensate for these enhanced yields.

The default rate for non-investment grade high yield bonds is well below the historical average and as yet there has not been an investment grade default. But as a measure of risk, the number of high yield bonds with credit spreads of 10% above government bonds is at a four year high and at the highest of this business cycle. Rising credit spreads are often associated with a sign of economic problems.

Investment funds are now quietly switching out of government bonds as they are a much overpriced asset. In November, as much as US$6tn of government debt was trading on negative interest rates. The worst of these was two year Swiss bonds at -1.046% pa and two year German Bunds at -0.4% pa. Bank of America has suggested that US$17tn of bonds are trading at below 1% pa interest. These rates are remarkable as the global average core inflation rate is at a seven year high of 2.7%.

If the ECB continues to increase its QE programme, interest rates and bond yields in Europe will fall further, which in turn will increase prices. In the short term this will be attractive to European bond holders, but we are concerned over the impact future inflation and interest rates rises will have on bond prices. Starting with the US, the likely increase in employment and wage growth will push up real interest rates and consequently push down prices. As bond holders rush to exit there could be a significant liquidity problem.

We remain cautious and underweight in both high yield bonds and government gilts. The general strategy for 2016 is to position the fixed interest sections of the portfolio to negate the US interest rate rise. Thus, we continue to hold some short dated strategic bond funds.

It is against this background we have set out our portfolio recommendations.