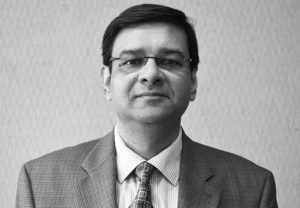 The four fastest growing economies in the world are all in developing Asia. Each is pro-business and should see accelerated growth over the next two years. This growth will be achieved without fiscal stimulus and with relatively normal interest rates.

If taken as a four, Indonesia, Vietnam, India and the Philippines will comprise the world’s 4th largest economy and are set to become the third ahead of Japan. These countries’ stock markets have done well. Indonesia is up 14.6% year-to-date to the end of Q3, Vietnam up 14%, India is up 9.3% and the Philippines is up 8.6%. The currencies of all four have been stable against a strong US$ so returns have been impressive. Equally, their bond markets have been active with strong inflows into emerging market local currency debt funds all year.

Generally speaking, emerging markets are more volatile than developed markets but if a country can provide the main drivers of growth such as low wages, pro-business culture, control over corruption, a solvent banking sector and good infrastructure then they can become a great medium term investment story.

When India’s Prime Minister Narendra Modi took office in May 2014, the main challenges facing him was to improve the Indian government’s finances and the solvency of Indian banks in order to push through a boom in infrastructure development. The reform of the banking system has been difficult as corruption and cronyism has shaped state bank lending policies for decades. Every effort has been made to delay or dilute the needed reforms to the point that this year the much respected Governor of the Reserve Bank of India, Raghuram Rajan stood down. His replacement was his deputy Urjit Patel who has maintained the reform agenda.

Even with these infrastructure lending delays, India is growing at 7% pa. A solid infrastructure investment policy could push this to 10% pa for several years. Recent growth has been consumer driven through credit as private banks increase their market share over less efficient state banks.

The growing middle class is an investment theme in most emerging market economies but is particularly strong in India.

Of the four economies, Indonesia is the least exciting. The country has a massive population of 257 million and wage growth is fuelling a consumer boom. The government needs to start significant infrastructure improvement or wage growth will stall and the consumer driven growth will decline.

In the Philippines, wages are lower and labour is cheaper than in China. Its large English speaking workforce is growing by two percent per year. Again, just like other emerging economies, greater infrastructure spending will be needed to continue their development.

Despite its large well educated workforce wages in Vietnam are a quarter of the cost of wages in the east coast of China. The country is still communist so it follows a command style economic model. Foreign investment, particularly in electronics and electrical manufacturing has been significant. Vietnam has a global market share of 3% which is the next largest after China who’s market share is 5.5%. Vietnam is one of the few countries that can combine very low wages and a pro-business government.