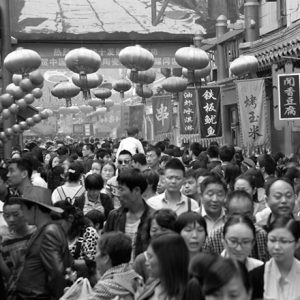 Chinese authorities have for some time been accused of manipulating their GDP figures. The latest Q3 figures for 2015 report a 6.9% year-on-year growth which does nothing to allay these suspicions. The unofficial alternative index covering electricity consumption, bank lending, rail and road cargo, which are all harder to fake than GDP, illustrate a growth of 5% pa. While the world knows that China is slowing, it is the speed at which it is slowing that is important. Industrial and manufacturing production fell 6% year-on-year in Q3 but retail sales grew 10.9%. Chinese consumers are clearly spending which is good news for the service sector which now makes up a much larger proportion of GDP than industry.

After the heavy fall in Chinese equities in August, economists and business leaders were calling for new fiscal spending and a reduction in interest rates. In response the PBC cut rates to 4.35% in October. This was the sixth rate cut this year and signalled to the markets that the government wants to support the economy. The reserve requirement on Chinese banks was reduced by 1% to 17.75% in order to free more capital for lending.

The Shanghai Composite Index has enjoyed a rollercoaster of a ride in 2015. It started 2015 at 3400 points, grew dramatically to a high of 5166 points in June, only to fall to 2950 by August and then recover to 3646 by November. This stock market volatility is a symptom of investors having to get used to slower growth. The falls were not the consequences of an economic boom on the way up so should not hamper growth now.

China’s unique brand of red capitalism and an enormous stockpile of foreign currency reserves provide it with both control and policy options. There are some very attractive companies geared into the rise of the Chinese consumer class. The so-called slowdown may have happened and therefore the long term growth appeal remains intact, but on the other side of the equity market correction.

China will be the first globally significant economy to grow old before it grows rich. The United Nations estimate that between now and 2025 the number aged between 15 to 29 will fall by 27% while those over 65 will rise by 52%. To grow their economy Chinese productivity needs to improve significantly. However, the current levels of productivity are self-inflicted through policies to keep people employed. A far reaching programme of structural reform is needed. Commentators remain sceptical of Beijing’s desire to push through any significant reform that is likely to lead to unemployment and bankruptcies. The transition to an open, liberal economy would weaken the financial controls of the politburo.

‘To grow their economy Chinese productivity needs to improve significantly’