The US is getting close to full employment 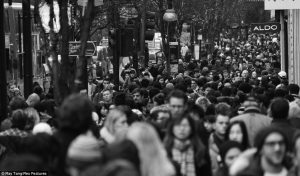 After a nasty slide in US stock values in January, US markets have bounced back sharply erasing their losses and regaining record levels. For example, the S&P 500 index fell to 1829 in January to recover to 2098 by early July. Unlike other countries around the world the oil price falls and China growth scare of January did not push the S&P into a bear market (as defined by a 20% fall from a previous high). This means that the US bull market that began in March 2009 is still running. This is now the second longest running bull market without a 20% correction in US stock market history. Therefore, how long can it go on for?

The US recovery remains solid but relatively lacklustre. Many US companies have been affected by the oil price slump and the high value of the US$. Both of these factors have improved recently.

Q1 2016 saw the US economy grow by 0.5% which for a quarter’s growth is a two year low. Some suggest this and the reduction in new job numbers as a sign of an economy slowing. The Fed believes that rising employment and inflation will result in higher GDP growth during the second half of 2016.

Valuations on US stock are historically high. The S&P 500 cyclically adjusted price earnings ratio (CAPE) is around 27 which is close to the 27.5 peak at the top of the credit bubble. A high price to earnings ratio is associated with confidence in growth but also can be expensive to buy. Interestingly, the trailing CAPE is 19.4, suggesting that long term returns from US large cap stock are likely to reduce.

The USA’s economic fundamentals are being assisted by the US Federal Reserve (Fed). Since the end of its Quantitative Easing (QE) programme, the Fed has stopped increasing the money supply used to invest into the bond markets. The Fed has signalled it will only raise interest rates when the fundamentals require it to do so and thus provide a tail wind to equities. For the month of May, analysts were expecting an increase of160,000 new jobs, instead US payrolls only grew by 38,000 which was the lowest monthly increase in job growth since 2010.  Interestingly however the unemployment rate fell from 5% to 4.7% as the available labour market shrank. The job market is a lagging indicator and it may be reflecting a slowdown starting at the end of 2015. The average payroll growth in the three months to June was 116,000 which is a step down from the 200,000 + of the past few years.

At their June meeting, this new data influenced the Federal Reserve Open Markets Committee (FOMC) to retain the US Fed rate at 0.25% due to an uncertain jobs market and the concerns over the ‘Leave’ result in the UK Referendum hitting global markets.

Some analysts have taken the view that the Fed should not be worried about the slowdown in new job numbers as it is a result of the US getting close to full employment. Employers may be finding it difficult to hire suitable workers. If this is the case, we can expect wage inflation. The Employer Cost Index has grown by 2.4% year on year.