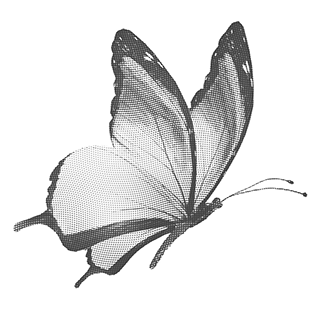 I was looking to plan my retirement and was recommended Estate Capital through a friend. I’d always had very good final salary scheme pension that was index-linked, which meant that it kept pace with inflation, so I’d been fairly confident that this was going to be OK.

However, I had a health scare a few years ago, which affected my outlook. It meant that if I died, my wife would now only receive 50% of the pension. I wanted to know if there were better options available, so I contacted Chris.

Chris took us through all the risks and options and quantified how things would look if I were to stay with my final salary scheme, buy an annuity-style pension, or move into a draw-down pension. He never pushes you in any particular direction. You end up making the decisions yourself, but doing it based on real numbers for each option.

He was never critical of the final salary pension, but explained everything sensibly. I had no idea what the sum of the fund would be. It was only when he told me that I was able to appreciate that it was a lot of money if things went wrong.

For us it wasn’t about being able to spend the fund, but it was about what my wife might get at the end – we wanted that security. So we decided to move to a draw-down pension, which would give us the same amount as the company pension in terms of matching our day-to-day outgoings, but enable my wife to access all of it if anything should happen to me. In addition, any residual money would pass onto our children.

Of course, there’s still an element of risk to it because it’s based on stocks and shares, but my health could have deteriorated and I might only have had a short time left, so in that scenario, moving the scheme out enabled us to have greater peace of mind that my wife and children would be OK.

The other thing we wanted to do was to sell our house in Swansea and relocate to Manchester to be nearer our grandchildren. So we went through this with Chris and were able release some of the money tax free, so that we could buy a flat that we could use while we sold the house.

If we’d taken out the lump sum with the company scheme, it would have reduced the pension. But we’ve actually been able to maintain the capital while also buying the flat.

Chris has been amazing. When you’ve had a cancer diagnosis you realise you want to be able to bring plans forward, which is what this has enabled us to do. The house sale has already fallen through twice, so having this option has enabled us to come and go as we please. We’ve been able to live in the here and now, but with the added peace of mind that everything’s set up for the future.

Chris has the personal touch - he’s very approachable, down-to-earth and you don’t feel intimidated, if we’ve got a question, he’s always at the end of the phone.

They’re streets ahead of any of the other financial advisers I’ve worked with in the past. What reassures me about them most is their knowledge.

If you’d like comprehensive advice about your finances – not just your pension, call 01792 477763 today or contact us and we'll arrange an initial meeting at no cost, to discuss your circumstances and explain how we can help you.